Hi everyone! Usually we have ever heard of antioxidants. And about the relationship between antioxidants and polyphenols in olive oil. Well, p are .

And I emphasize “natural” since there are also other types of antioxidants that are synthetic. Obviously, the latter produced artificially. Due to these substances it is claimed that olive oil is a natural antioxidant.

In the same way, these natural antioxidants that are polyphenols are compounds bio-synthesized by plants. And they are part of them and are chemical substances of various kinds.

So, to address this issue I am going to consult a reliable source. This is an article in the journal , number 2 of 2018, entitled ““. And written by Estefanía Sánchez Rodríguez and María D Mesa.

In the first place, antioxidants, apart from providing aroma, taste and color to olive oil, are responsible for most of the biological activities and functional properties of vegetables. Especially the most popular for their properties are the compounds called phenolics, commonly called ““.

Second, on what factors does the polyphenol content in an EVOO depend? There are several: type of olive and maturity of the olive at the time of its collection, especially. In addition to the area of cultivation, the climate, and the type of process used to extract the olive oil.

Polyphenols, as a general rule, are more abundant in extra virgin olive oil than in other oils. Especially in Premium olive oil, since the olives are harvested before ripening. Because of this, it has not lost much of these antioxidants.

Furthermore, polyphenols are characteristic of virgin olive oil and are not present in other vegetable oils.

Some examples of these polyphenols are: Oleuropein, the molecule responsible for the bitterness of virgin olive oil, and Oleocanthal, responsible for itching in the throat.

Likewise, these phenols are minority compounds and the main cause of the preventive and therapeutic effects of virgin olive oil. And its are , , and .

The most relevant phenols for their effects are hydroxytyrosol and oleuropein.

On the other hand, Oleuropein is important for its antioxidant, anti-inflammatory and anti-tumor activity.

And Oleocanthal has shown its great anti-inflammatory, anti-cancer and neuroprotective potential.

Thus, there are many properties that make polyphenols beneficial for our health. And consequently, in helping in the prevention of many diseases. Below I mention the most relevant ones.

Cardiac risk is associated with the relationship between the types of LDL (“bad” cholesterol) and HDL (“good” cholesterol). When consuming virgin olive oil there is an increase in HDL cholesterol, reducing the LDL / HDL ratio, and therefore the cardiac risk. Phenolic compounds have also been shown to enhance HDL and its antioxidant capacity.

Next I will mention the Eurolive Study (2002-2004) on the effect of olive oil consumption and oxidative damage in European populations.

This study, coordinated by Dr. Covas from the IMIM center (Institut Hospital del Mar d’Investigacions Mèdiques), demonstrated the protective role of phenolic compounds in olive oil on oxidative damage to lipids. In addition, the increase in HDL cholesterol was proportional to the phenolic content of the olive oil consumed.

First, it has been shown that in patients with high cardiovascular risk, the Mediterranean diet supplemented with virgin olive oil reduces the risk of type 2 diabetes (DHT2) by 40%. In addition to improving insulin resistance and inflammatory biomarkers in diabetic individuals.

Increasing the Mediterranean diet in nutritional habits reduces cancer mortality by 13%, according to a meta-analysis published in 2015.

Also, several studies have shown that hydroxytyrosol, oleuropein, and oleocanthal are capable of inhibiting the proliferation and stopping the cell cycle of tumor cells.

Many studies have shown the antioxidant potential of virgin olive oil in brain tissue. And especially of its minor components such as oleuropein, hydroxytyrosol and oleocanthal.

Due to this, they are key elements in the inhibition of these oxide concentrations in the brain. And what are the causes of these neurodegenerative diseases.

In addition, the benefits of the Mediterranean diet are increasingly evident. And in particular of the phenolic components of virgin olive oil against cognitive decline and the development of Alzheimer’s disease.

Thus, the results obtained are encouraging. And they show that virgin olive oil and its phenolic components have a beneficial effect on Alzheimer’s disease.

Olive oil and olive leaf extracts have been used since ancient times to alleviate pathologies associated with microorganisms. 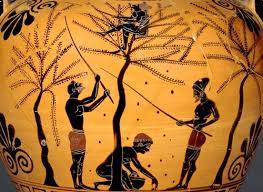 Likewise, antimicrobial activity of these olive leaf extracts and pure hydroxytyrosol have been described to prevent infections in the respiratory, intestinal and genital systems.

Also to strengthen the immune system. Especially against microorganisms such as Escherichia Coli, bacteria in the gastrointestinal tract; Streptococcus Mutans, a bacterium associated with the formation of cavities; Candida Albicans, fungal infection; Staphylococcus Aureus, which causes skin infections and sometimes even pneumonia.

First of all, the beneficial properties of olive oil as a topical agent are due to its activity as an antimicrobial, antioxidant, anti-inflammatory and emollient.

Therefore, the repairing capacity of oleic acid and the antioxidants present in virgin olive oil give it a unique capacity to treat skin conditions.

In conclusion, evidence has been shown of how beneficial it is to ingest extra virgin olive oil due to its high content of polyphenols. And therefore it acts as a powerful natural antioxidant.

Likewise, there is still a lack of scientific studies showing the relationship between virgin olive oil and the prevention of certain diseases. Although the results of the studies carried out present us with a promising future. 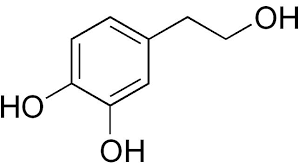 Article Name
Antioxidant olive oil
Description
Polyphenols are natural antioxidants and are found in vegetables. Olive oil has these antioxidants that according to scientific studies are beneficial for our health.
Author
Fran
Publisher Name
La Tinaja del Gourmet
Publisher Logo