An anecdote of olive oil in History

Hello everyone !! 😉 has given us many anecdotes in . As we all know, olive oil has been part of several civilizations throughout the History of Humanity until today. And even today we continue to produce “liquid gold”, improving it even with . 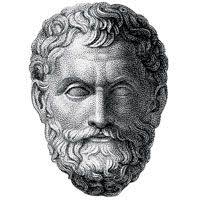 Our anecdote was led by Thales of Miletus (624 BC – 546 BC), who was recognized in ancient times as one of the Seven Great Greek Sages, as well as the first philosopher in History of the West. He was also a geometrician, mathematician and physicist, as well as a Greek legislator.

Thales of Miletus was one of the first philosophers who persisted in rationally explaining the myths in which they were believed at the time he lived. He was the forerunner of what would be called “the passage from Myth to Logos”: to bring to reason all the phenomena that were explained through Myths.

Thales lived and died in Miletus, a coastal city in ancient Ionia that was Greek at that time and is now part of Turkey. In that area of the Mediterranean, as in many others, olive oil production has always been part of economic activity.

The figure of Thales of Miletus, philosopher and thinker, was that of a person absorbed in acquiring knowledge and trying to reflect on all the disciplines that interested him such as astronomy, mathematics and physics.

His interest in his daily work in search of the truth distracted him from other more mundane issues such as money and his own very austere lifestyle. Something that was inappropriate for such a prominent figure, according to his fellow citizens. Such was his fame, and the paradox of his austerity, that it was ironically rumored that so much knowledge and philosophy would be for nothing if he did not have the least to have a determined life, economically speaking. 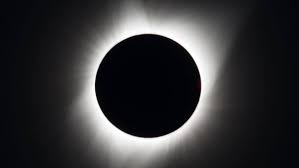 Thales of Miletus, aware of these gossip, decided to turn this situation around using his knowledge of astronomy. In addition, in winter time he verified according to astronomical phenomena that he had observed, that in the next spring there would be abundant rains. Also, the previous year had produced an abundant harvest. And therefore the olive oil producers, based on his experience, believed that that year would be scarce. But if Thales’ predictions came true, that year’s harvest would again be just as prosperous, contrary to popular belief.

Thales of Miletus, aware of his advantage, rented for very little money all the olive oil presses of Miletus and Chios since there were no other bidders. And once his predictions came true, and the harvest was plentiful, olive oil producers rushed to him to rent the presses. Thales, having no competitor, imposed the conditions that he considered and made a small fortune. This is how Aristotle tells it in .

As a result, Thales of Miletus demonstrated to his detractors the value of knowledge. And that if he did not possess material wealth it was because it was not his vital purpose.

Finally, olive oil as a backdrop and instrument for a wise man to give History another anecdote to tell. Let us use it to learn and a bowl of olive oil to savor it. 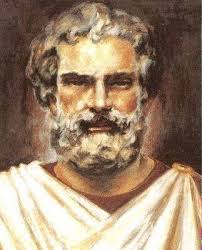 Article Name
An anecdote of olive oil in History
Description
History has given us countless anecdotes. In this post I tell you the one that starred the philosopher Thales of Miletus with olive oil.
Author
Fran
Publisher Name
La Tinaja del Gourmet
Publisher Logo