Hello everyone! Who has not heard of Baena olive oil? I already tell you: someone who does not know the world of olive oil😉. If this is your case, don’t worry; keep reading and you will know the . In addition, you will understand the reason for its recognition not only in Spain, but also abroad.

The town of Baena is located in the southeast of the province of Córdoba, between the countryside and the Subbetic Sierras of Córdoba. Its population amounts to just over nineteen thousand inhabitants and the municipal term includes the village of Albendín, in addition to seven other hamlets.

In addition, it has a very important artistic-heritage legacy as a result of its extensive history.

In fact, as a settlement it dates back to prehistoric times. And it was in the years of the Reconquest when it gained greater importance, which is why it has a marked Arab personality in its architecture. Also, the name has its origin in the Arabic word “Bayyana”. And that corresponded to the transcription of the name of the Roman villa that occupied the area.

Baena is a small town surrounded by fields of olive groves in the Cordovan countryside. And how could it be otherwise, its main economic activity is the production of olive oil.

There are different varieties of olives in the area, although the one that characterizes its olive oil is the Picuda olive. In addition to other varieties such as , , or .

The different civilizations have always appreciated the local olives. Although it was the Arabs who spread the cultivation of the olive grove. And from then on, centuries-old customs related to the production of olive oil were created that have been maintained to this day.

That is why the link between man and the olive tree is so important in the area, in addition to the important extension of the olive grove.

To say Baena is to say “olive oil culture”. Thus, in order to bring the producer and people interested in the world of olive oil closer together, in 2003 its city council inaugurated the .

The facilities of this museum belonged to what was an oil mill of the most important companies in the region. And most of the machinery dates from the mid-19th century. Definitely, this is a very interesting visit for anyone interested in knowing how olive oil was produced until not long ago.

Although olive oil production has not changed fundamentally, it has been improved by technical advances. And Baena in this aspect has not been left behind. Apart from modernizing the production process, significant efforts have also been made to take advantage of the by-products generated by this olive industry.

As an example of the latter, a thermal power plant was built, and thanks to the use of waste from the oil mills, it is capable of generating enough electricity to supply a city of 50,000 inhabitants. 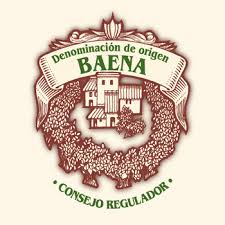 And of course, in this walk through the culture of olive oil, we could not forget one of the most prestigious and historical Protected Designations of Origin (PDO) in Spain in the production of olive oil: the PDO of Baena.

This PDO, founded in 1981, has a registered olive area of about 60,000 hectares. Likewise, the towns where these olive groves are found are: Albendín, Baena, Cabra, Castro del Río, Doña Mencía, Luque, Nueva Carteya and Zuheros, all of them bordering each other or nearby.

Obviously, the main purpose of this PDO is to have under control the quality, as well as the certification of the olive oil of the different oil mills and brands attached to this Protected Designation of Origin. To carry out this mission, they follow strict protocols when it comes to qualifying the different olive oils produced as well as their packaging.

There are several oil mills and brands ascribed to this PDO, although we specifically highlight two oil mills that are, in our opinion, one of the most recognized and that we sell in La Tinaja del Gourmet.

First of all, we will talk to you about the Successors of Hermanos López. A company from the town of Luque, owned by the López family, with an olive tradition since the 19th century.

This oil mill sells two brands under the Baena PDO: Morellana, with three single varietals of Picuda, Hojiblanca and Picual olives, and La Laguna Selecta, a blend of the Picuda and Hojiblanca olive varieties.

Morellana is certainly the flagship of this company. In addition, this brand with its single variety of picuda olive has won several national and international competitions.

Next we highlight Cortijo de Suerte Alta, an oil mill in Albendín (Baena) that gives its name to the brand they sell and owned by the Marqués de Prado.

The oil mill and olive groves, owned by the family for centuries, were transformed in the nineties of last century with organic production standards and modernized its production process and facilities. As a consequence of this very early innovation, today its olive oils are a benchmark in organic production.

In the Cortijo de Suerte Alta brand we find the Coupage Natural range, of the hojiblanca and picuda varieties. Last June 2020 it was awarded the prestigious “Food from Spain” Award by the Ministry in the category of best EVOO “fruity, green and bitter”.

In addition to Picual en Envero, a single variety of Picual olive that is produced when the olive is “envero”, a state of early maturation where the olive changes its color from green to purple.

Finally, we must emphasize that the aforementioned brands are of integral production. This means that absolutely all the steps in the production of olive oil have been carried out in the same oil mill.

From the harvest of the olives in the olive groves they own, to the packaging in their facilities. And all this supervised by the PDO of Baena.

As I said before, there are several brands with PDO of Baena apart from those already mentioned. All of them of excellent quality such as , , , , , or , among others.

In short, I can only advise any passionate about the olive tree and its olive oil not to miss visiting Baena and its surroundings. It is there where you will perceive the authentic culture of olive oil, an ancient connection between man and the olive tree that will not leave you indifferent.

And if it is not possible at the moment, you will always have latinajadelgourmet.com at your service to bring a piece of Baena to your home 😉. 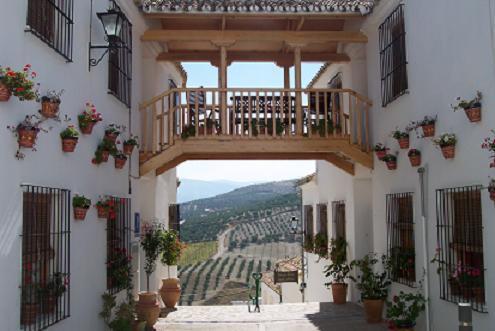 Article Name
Olive oil from Baena Online
Description
Discover the famous olive oil from Baena, a city in the southeast of Córdoba that gives its name to one of the oldest Protected Designations of Origin in Spain, the Baena PDO.
Author
Fran
Publisher Name
La Tinaja del Gourmet
Publisher Logo