Enjoy an experience of great taste and olfactory complexity with this single variety Picuda olive. An organic extra virgin olive oil regulated under the DO de Baena. Glass bottle 500 ml in gift box.

Morellana Picuda is an organic extra virgin olive oil that is regulated under the DO of Baena. The tasting notes of this EVOO are of great complexity, both taste and olfactory. The latter makes this monovarietal olive oil of Picuda olive a reference in its category.

This premium EVOO is produced organically from Picuda olives that are harvested in mid-October. The olive groves are found in Luque and Baena, municipalities in the province of Cordoba, in the vicinity of the Sierras Subbéticas Park.

The olive groves are centuries old and are cultivated at altitude, in clay soil, and the olives are harvested manually and by beating. For this reason the production of this olive oil is limited.

The extraction is carried out in a maximum of 4 hours after the olive arrives at the oil mill. And the juice is extracted through a continuous two-phase process: cold and by centrifugation.

The olive oil is then stored in stainless steel tanks with a nitrogen atmosphere and then packaged as it is sold.

The main purpose is that the olive oil is packaged just before it is shipped to the customer. The processes are controlled under the regulation of the DO of Baena.

This olive oil won several awards in international competitions, although the distinction as “Best Organic Olive Oil in the World” according to the WORLD’S BEST OLIVE OIL ranking in the 2015/2016 season stands out especially. In addition, in the 2020-2021 season this olive oil won the silver medal in the New York Olive Oil Competition, the gold medal in the Olive Japan, and the second classified in the Der Feinscmecher (Germany).

Sucesores de Hermanos López is a family oil mill located in Luque (Córdoba province) since the beginning of the 20th century. Even so, the family tradition in the olive sector dates back to the mid-nineteenth century.

Over the last few years they have used all the knowledge of so long and have technologically transformed their facilities and production processes. As a result, today they produce juices that win prizes in different competitions around the world.

Its aroma is green fruity and with notes of apple and banana. Very complex, with intensity of green almonds and freshly cut grass. As for the taste, it enters the mouth very sweet, with herbaceous notes and almond at the beginning, to later give way to banana and a slight bitterness and itching. 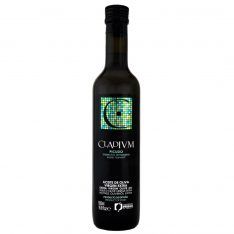 12,50 € /ud
Manage cookie consent
To offer the best experiences, we use technologies such as cookies to store and/or access device information. Consent to these technologies will allow us to process data such as browsing behavior or unique identifications on this site. Not consenting or withdrawing consent may negatively affect certain features and functions.
Manage options Manage services Manage vendors Read more about these purposes
See preferences
{title} {title} {title}