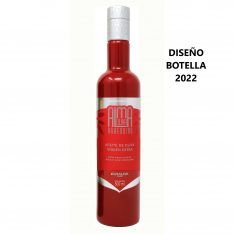 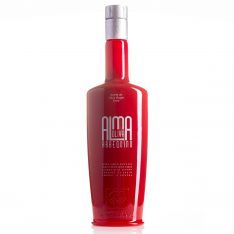 Enjoy the best essences of the Arbequina olive variety with this extra virgin olive oil. Perceive a multitude of nuances in flavor and aroma, balanced and persistent. Glass bottle 500 ml.

This olive oil from arbequina olive variety is complex and harmonious, with a multitude of nuances in aroma and flavor, and with a great balance between itching and bitterness. Besides persistent.

However, despite being an olive oil with a great personality, it does not interfere with the flavors of certain foods in their pairing. Therefore, it is ideal to pair with foods such as white fish, chicken, salads and more delicate vegetables. It is also highly recommended for the preparation of desserts and fruit salads.

There are many awards for this olive oil. In 2019 alone, a total of 28 prizes were awarded in different competitions. And since 2010 there are already more than 100.

It is worth highlighting the positioning achieved in the most popular and accredited rankings worldwide, such as the World’s Best Olive Oil and the Evoo World Ranking. Specifically, in the World’s Best Olive Oil it was ranked in the Top 50 in 2019. And in the Evoo World Ranking it was in the Top 10 in 2019 and did so again in 2020.

The arbequina olives for their production are harvested in the first days of the season. And they come from olive trees in the municipality of Carcabuey, Priego de Córdoba and other neighboring municipalities, in the surroundings of the Sierras Subbéticas Natural Park.

Almazaras de la Subbética has a long history in the world of olive oil. It was established in 2007 and is the result of the merger of two cooperatives that have more than 60 years of history in the sector.

This oil mill is in the municipality of Carcabuey, next to the Natural Park of the Sierras de la Subbética Cordobesa. In addition, its olive groves are located within this mountainous park and which gives so much character to its olive juice.

The mill, like its olive oils, is recognized on many occasions with awards for its good work and excellent work. As an example, we highlight the award for Best World Olive Oil Mill achieved in 2013, 2015, 2016 and 2017. It was also awarded in July 2020, by the prestigious world ranking “World’s Best Olive Oils”.

It is an olive oil with nuances of aromas and surprising flavor. Complex, harmonious and persistent. On the nose, it is a very complex fruity, with an intense aroma of grass, chamomile, banana and citrus. When entering the mouth it has a sweet and almond touch. The balance between itching and bitterness is perfect. The flavor accompanies lengthening its tasting, of great persistence. 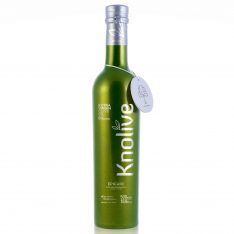 Rated 5.00 out of 5
16,95 € /ud
Manage cookie consent
To offer the best experiences, we use technologies such as cookies to store and/or access device information. Consent to these technologies will allow us to process data such as browsing behavior or unique identifications on this site. Not consenting or withdrawing consent may negatively affect certain features and functions.
Manage options Manage services Manage vendors Read more about these purposes
See preferences
{title} {title} {title}