How much is extra virgin olive oil?

Hello everyone !! In recent months the is in fashion. With prices abnormally low than the price “at source”, the farmers who produce the olive oil demand a fair price. The reason for this claim is that while the price falls more and more, the production costs are maintained or even increased every year, making the survival of so many producers unsustainable.

It should be clarified that when we speak of extra virgin olive oil price “at source” we refer to the price at the mill, the place where the olive oil is extracted and where the price charged by the producer is marked. And therefore, where does the product value chain begin, along which it becomes more expensive until it reaches consumers.

Finally, the consumer pays a price that includes the different stages of the value chain: costs of production, extraction, packaging and labeling, storage and transport.

Obviously, this situation of falling prices becomes totally unsustainable when the producer has higher than average production costs. Such is the case of that we promote in La Tinaja del Gourmet.

But, what factors are the ones that determine whether the price of olive oil goes up or down? It is certainly a market like any other for raw materials (soy, coffee, corn, cocoa, wheat, etc.). Thus, the force of supply and demand governs, and from these two forces the price is formed.

If you are interested in knowing the “at source” prices of olive oil today, click on this link and you will have the updated information (website in Spanish): Poolred.

Obviously, on the supply side, the main cause that has an effect on its increase or decrease is the harvests. If a harvest has been scarce or abundant, there is little or a lot of supply in the market, respectively. Likewise, there are several that determine the volume of olives harvested. Such as the conditions or the possible or that attack the olive tree or the olive. Thus, the scenario that is presented to the producer each year is complex and unpredictable.

In addition, to the production problem we must add the also complex demand scenario. Thus, the variables that most affect this are consumer and purchasing power. In times of economic crisis, the of the consumer suffers. And then it leans towards oils of worse quality than olive, something that lowers the demand for it.

It is also worth noting other variables that condition the demand for olive oil, such as the increase in energy prices. And therefore it directly influences an increase in the price, and thus, lowering its demand.

Or exports, which will also vary according to the habits of consumers in other countries. As well as the of olive oil such as Italy, Portugal, Greece, Turkey, etc. When in these other markets the harvests are poor, our exports will increase in order to satisfy foreign demand. However, by increasing harvests in other countries, there will be more competition in international markets and less and cheaper will be exported.

Another factor that can alter exports is also certain tariff policies in important sales markets. As an example, the 25% tariff imposed on bottled olive oil of Spanish origin by the US on October 18, 2019. And that as of the date of publication of this post we can affirm that it has expelled Spanish oil from the US market, favoring exports from other countries.

Issue about the price of olive oil at source

But, what factors are causing the “at source” price of olive oil in Spain to drop in recent years to make its production unsustainable?

In the first place, it should be mentioned that Spain is the world’s largest olive oil producer, as well as one of the largest consumers. Therefore, the scenario to be analyzed must be with world figures or at least with European figures. And so they correspond to our economic area and also coincide with the dominant figures of the total market.

The reason for such a sharp decline in price in 2018/19 could be attributed to: excess production? A reduction in consumption?

First, let’s see what happens with production in two graphs from the same European Commission Report where production in the World and in the European Union (in thousands of tons) are detailed.

In this first graph we can see that world production has remained in the last three seasons above the average production of the last four years. However, the European Union production has seen its participation diminish, especially in the current 2019/20 season (according to provisional data).

Consequently, other non-EU countries are offsetting the world aggregate with higher production.

The following graph shows the EU production by country, including Spain. We can see how a higher production of other EU countries alternates in one season, with a lower one in the following season.

Precisely in 2018/2019, a large production by Spain coincides with a significant drop in the price “at source” as we can see in the graph on the evolution of the price.

And the consumption? The most obvious cause of a reduction in price, apart from production, could be that world consumption (or European, let’s not forget that it is the majority) had stagnated or fell. Here is another very illuminating graph. And where you can compare the figures of availabilities (production, stocks and imports) and uses (consumption and exports) in the EU.

First of all we are going to analyze the availabilities; We verify that since the 2016/17 season they have grown significantly to 2.96 million tons, to fall slightly to 2.84 million in 2019/20 (provisional data). Second, we will analyze the uses; coinciding with the availabilities at the lowest point, season 2016/17, it grew slightly in 2017/18 to remain constant in the last three seasons.

Therefore, it is concluded that the increase in production has not been absorbed by consumption and that it has remained stable. And because of this there has been a drop in prices.

Spanish casuistry in the price of olive oil

So far we have analyzed the causes of the extra virgin olive oil price evolution in general terms. Summarizing what has been analyzed: a large national production in 2018/19 led to a large global production that brought down prices. This season, and despite a much lower production in Spain than in the previous season, other countries are offsetting the global figures and world production remains high. In addition to consumption that is stable over time and does not absorb all production.

And to these circumstances, we must add the “expulsion” of the Spanish product in the US due to the imposed tariff. And that annually supposed direct and indirect sales of about 150 thousand tons, approximately.

However, in Spain the reality of low prices is even more stark. A scenario that makes it difficult for many agricultural holdings and their jobs to survive, as well as favoring speculative practices with olive oil that otherwise could not have been carried out. Or a market structure based on many small producers versus large distributors who benefit from their negotiating power.

In short, these and other realities of the Spanish market that we will analyze in another post. I hope you found it interesting, see you in the next post! 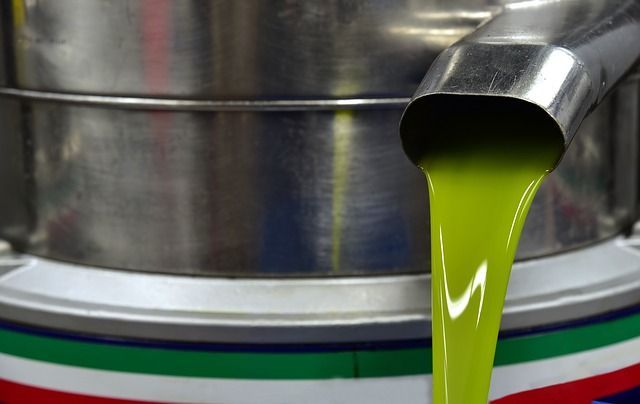 Article Name
Olive oil price
Description
The price of olive oil is current, did you know what factors are the determining factors in the formation of the price? Why is the price of oil so low lately? We explain it to you in this article.
Author
Fran
Publisher Name
La Tinaja del Gourmet
Publisher Logo