Premium EVOO with medium fruity ideal for consumption raw. Enjoy its aromatic complexity and characteristic taste of the appreciated Picuda olive. 2 liter can.

The extra virgin olive oil Cladivm Picudo is a monovarietal of the picuda olive that meets the standards according to the PDO Priego de Córdoba, an international reference name.

The olive groves are found on farms near the Sierras Subbéticas Natural Park. And the olives are selected from among all to produce this gourmet olive oil until they are harvested in October.

Aroden sat is the company that produces the Cladivm brand and has quality standards and complies with laws that grant its products a control guarantee. The most relevant are the following:

Regarding to its recognition, there are many awards given to the Cladivm brand in the different international competitions. As an example, in 2017 and 2018, the total of awards amounted to 24 among medals, distinctions, diplomas, etc …

Buying Cladivm Picudo premium EVOO is certainly the right decision for any lover of this characteristic Cordovan olive. 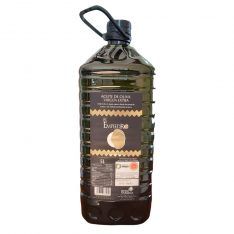 Rated 5.00 out of 5
From 30,50 € Tax Incl /ud
Manage cookie consent
To offer the best experiences, we use technologies such as cookies to store and/or access device information. Consent to these technologies will allow us to process data such as browsing behavior or unique identifications on this site. Not consenting or withdrawing consent may negatively affect certain features and functions.
Manage options Manage services Manage vendors Read more about these purposes
See preferences
{title} {title} {title}