Hello everyone! Surely when we observe how water and oil are not mixed, we will have wondered what the density of the oil is. And especially the density of olive oil, which is the oil that is used for in many countries.

At first glance, and by common sense, we already guessed that the density of olive oil is less than water since it remains on its surface. And we are right, but how is it measured and in what measurement values?

The density of the oil depends on several factors, it is a property that changes with temperature and the type of oil observed. Thus, when the temperature increases and the oil expands, its density decreases. And if the temperature drops, the opposite happens.

In addition, the type of oil also influences its density. It is convenient to clarify first of all that there are two types of oils: and . The origin of vegetable oil, as its name indicates, from different vegetables such as olives, coconut, palm, etc. And each vegetable oil has a different density. On the other hand, mineral oil comes from the distillation of crude oil, being a clear oil, without color or smell. And it also has different density.

And how is density measured? For this, a measure of weight per volume is used, for example the Kilogram / liter. Thus, if we take the , which is 1 kg / l, it can serve as a reference to become aware of the density of an element.

The values taken by the densities of the different types of vegetable and mineral oils at a temperature of 20º vary between 0.840 and 0.960 Kg / l. We clearly verify that this density is different and lower than that of water, which is why it does not mix and remains on its surface.

What is the density of EVOO?

This is the end of this mini article that I hope has satisfied your curiosity, see you in the next post! 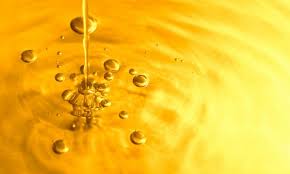 Article Name
Density of olive oil
Description
When we have observed that the oil does not mix with the water and remains floating on its surface, we will have wondered what its density is. In this mini article we explain it to you.
Author
Fran
Publisher Name
La Tinaja del Gourmet
Publisher Logo